Nashville in the News!


I remember a similar article a few years ago that described an ideal weekend in Nashville.  The story basically said, 'you drive here' then 'you drive there'.  Looking forward to the day when these kind of articles say 'Nashville is the best Southern walking city - you can walk anywhere!'  Add, 'the people watching is amazing!' and you have truly a great city.

The South’s funkiest town gets even cooler

By Alev Aktar
Nashvillians like to joke that the crane is the city’s unofficial bird.
After all, nearly 30 of the huge, steel species soar in the sky right now.
ADVERTISING
Music City is in the midst of a building boom, with 22 hotels under construction and more than 125 restaurants slated to open by the year’s end, according to the tourism bureau.
At the same time, there’s a creative renaissance underway, as the city’s thriving music, fashion and food scenes gain national attention. Tennessee’s capital is so happening that both Frommer’s and Travel & Leisure included it on their lists of the best places to go in 2017 and Thrillist recently named Guitar Town America’s best weekend destination.
“Nashville has always been cool, but today people seem to be more proud of the city than ever before,” says Libby Callaway, founder of The Callaway, a branding and public relations company (and former fashion editor of The Post) based there. “We’re an alternative to the coasts.”
Over the past decade, the home of country music evolved into a hipster hub with a strong “maker” culture of craft and creativity. Visitors can explore funky neighborhoods like East Nashville, 12South, Germantown and the Gulch, lined with specialty coffee shops, brew pubs, craft cocktail bars and critically acclaimed farm-to-fork restaurants.
Or scour the quirky lifestyle and clothing boutiques for local labels such as Ceri Hoover (leather bags and shoes) and Imogene + Willie (heritage denim).
Cowboy boots are always in style — Boot Country on major thoroughfare Broadway has a crazy buy-one-get-two-pairs-free deal — rocked the Coachella way.
Speaking of all-star concert extravaganzas, the world’s biggest country music celebration takes place downtown from June 8-11.
This year’s CMA Music Festival will feature more than 100 acts, including legends like Keith Urban, Blake Shelton, Miranda Lambert and Dierks Bentley.
The best part: Seven of the 11 stages are free and a number of them are outdoors.
Later this summer, produce and creativity will make beautiful music together at the 14th Annual Tomato Art Festival the weekend of Aug. 11-12.
Of course, Nashville doesn’t need festivals to be fun as hell: Cold beer and live music are on tap seven days a week. Country, blues and rock acts perform nightly at the boozy, neon-lit Lower Broadway honky tonks — don’t miss Robert’s Western World with its $2.50 Pabst Blue Ribbon and no-cover policy — and nearby Printer’s Alley, the historic nightlife corridor. Meanwhile, The Station Inn in the trendy Gulch is the premier club for bluegrass and roots performers.
Even if you’re not a country music fan, a visit to the Ryman Auditorium, the former home of the Grand Ole Opry for 31 years, is obligatory. It’s worth paying extra for the guided tour, just to walk backstage where icons Johnny Cash met June Carter in 1956.
The Country Music Hall of Fame and Museum is another must-see, with Elvis’ gold Cadillac, Gram Parsons’ “high”-fashion pot leaf-embroidered “Nudie suit” and Taylor Swift’s “Shake It Off” cheerleader outfit on display. Hatch Show Print is the historic letterpress company in the same building that has cranked out iconic show posters since 1879.
Feeling hungry? Savor a meal at one of the restaurants opened by James Beard Award-winning chefs like Donald Link (Cochon Butcher), Sean Brock (Husk) and Maneet Chauhan (Chauhan Ale & Masala House, Tànsuo and The Mockingbird, opening any day).
As Callaway says, “Nashville has gone way beyond barbecue.”

Where to stay and eat in Guitar Town

Sheraton Grand Nashville Downtown (from $199) recently underwent a $35 million renovation and boasts immaculate rooms, a revamped fitness center and the new Library Bar, serving more than 50 varieties of bourbon and regional dishes (order the house-made smoked mac and cheese). The property — one of five in the US to gain the chain’s “Grand” distinction – is a short stroll from Lower Broadway nightlife and the Ryman.
Just around the corner is The Hermitage Hotel (from $255), Nashville’s Southern belle. The century-old landmark edifice is known for its plush lobby, luxurious rooms and old-school chophouse, the Capitol Grille.
The new boutique hotel, Thompson Nashville (from $305), is a sleek addition to The Gulch. James Beard Award-winning chef John Besh and Nathan Duensing helm Marsh House, a seafood restaurant.
Nashville native Julia Sullivan trained at New York’s Per Se and Blue Hill at Stone Barns before opening Henrietta Red, one of Germantown’s hottest tables. To die for: wood-roasted oysters with green curry.
Just down the block sits City House, serving James Beard Award-winning chef Tandy Wilson’s inventive Italian-Southern fare.
His belly ham pizza was rated top in Tennessee by the Food Network.
Celeb-spotting is par for the course at the bustling Rolf and Daughters in Germantown.
Chef Philip Krajeck is famed for his rustic pasta dishes, like squid-ink paccheri with octopus and breadcrumbs.
In the mood to pig out?
Head to Martin’s Bar-B-Que Joint‘s downtown hub. Pitmaster Pat Martin hickory-smokes mouthwatering West Tennessee whole hog, ribs and beef brisket.

Email ThisBlogThis!Share to TwitterShare to FacebookShare to Pinterest
Labels: Nashville, Nashville's Walking Districts, Walking as a Way of Life

This blog is fully committed to pedestrian issues in Nashville.  It has a single focus and goal:  safer, better walking in Nashville.  Our current walking infrastructure, in too many areas of our city, are lacking at best.  Many areas literally have no place for a walker to be.  We have a high rate of pedestrians deaths compared to our population.  Multiple mayors and council people  have run on the idea that they were (finally) going to bring sidewalks to all of neighborhoods.

In 2017, we continue to have many of the same issues we did during the creation of the 1st Sidewalk Plan (The Davidson County Strategic Sidewalk and Bikeway Plan, last updated in 2008).  This plan was created, in large part, from a law suit against the city by the ADA in 1999 for our lack of safe infrastructure for those on foot or wheelchair.

Progress has been slow.  Our city is growing fast.  We still face most of the same issues and, so sadly, our citizens are still dying while walking.

As many of you know, we created a Registry to collect the stories of those who have perished as a pedestrian in Nashville.  They are fascinating!  Through interviewing the family, you can gain a much richer picture of who these people were and what happened to them here in Nashville. 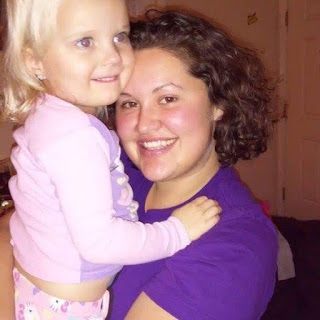 Skylar passed away in January of 2017 after relocating for work purposes.  Her mother told me that she did not have a car and had sought out apartments that advertised "Walk to Everything'. 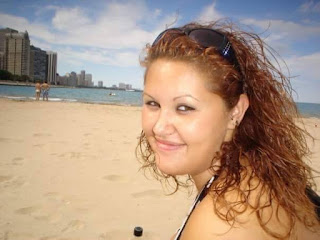 She also had lived in Nashville for only 11 days when struck and killed.  Her work relocated her, moving the date from March to January, the darkest month of the year.  She was talking to her mother, on the phone, when she died.

Read her story below: 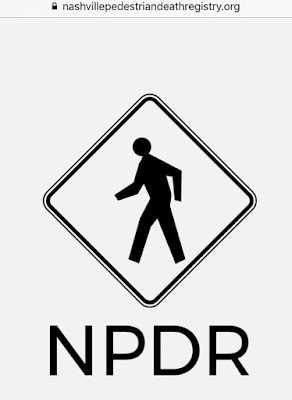 Posted by Shade Parade at 7:40 AM No comments:

8 cool ideas for U.S. cities, courtesy of the Dutch

From Mondrian’s colorful, pared-down compositions to a bike- and weed-friendly culture, there’s a lot the Netherlands is known for. And recently, these cultural footings —as well as universal headaches like potholes and road safety—have inspired a number of innovative urban interventions around the country. We’ve gathered a handful below for inspiration—and pure amusement.

1. A bike traffic system that helps cyclists get all green lights

A new bike traffic light system from Dutch company Springlab wants to make every urban cyclist’s dream come true. Flo uses sensors to detect riders’ speeds about 120 meters (or 400 feet) before a street traffic light and then displays symbols indicating whether they need to speed up (a hare), maintain the pace (a thumbs up), or slow down (a turtle) to make the next light. One Flo kiosk has been deployed in Utrecht, and there are plans to roll out a couple of more in the coming months.

Goodbye gargoyles, hello smileys? Over in the Dutch city of Amersfoort, a brick mixed-use building now sports 22 emojis cast in white concrete on its facade. Love it or hate it, this is one architectural trick that perfectly encapsulates the current era.

3. “Self-healing” roads that fix their own potholes

Modern cities are plagued by potholes. One Dutch materials scientist, Erik Schlangen at Delft University, thinks he may be able to defeat them. His team is currently developing “self-healing” asphalt—that is, asphalt embedded with tiny steel fibers so that when you run an electrical current over it with a huge magnet, the fibers heat up and fill in any small cracks that may be forming. According to his research, this type of asphalt would cost 25 percent more than traditional asphalt but last twice as long. It’s already being tested on a dozen different public roads around the country.

4. Building bridges out of cannibis hemp

It’s not the prettiest bridge out there, but it’s probably the world’s first and only one made entirely from biocomposite materials, namely cannabis hemp. Designed and built by a team of researchers and students in Eindhoven, the structure is made of hemp and flax fibers embedded in resin and covering a bio-based polymer core. The team, which has put 28 sensors in the bridge, will monitor the structure over the next year, studying its bounce and structural integrity.

Dutch company Lighted Zebra Crossing has a simple, effective way to help drivers see pedestrians better. Their glowing crosswalks replace the typical light-reflecting paint with illuminated light boxes. The system is directly connected to the city’s streetlight system or solar panels and can be embedded right in the asphalt or pavers.

6. Turning city hall into a giant piece of art

For the centennial of the Dutch art movement Di Stijl this year, the Hague commissioned artists Madje Vollaers and Pascal Zwart of Rotterdam-based Studio VZ to create a massive piece of artwork inspired by De Stijl’s most famous artist, Piet Mondrian, right on the facade of city hall. The 1995-built Richard Meier creation sure looks more ready to party with some color.

Confronted with the reality of smartphone-obsessed pedestrians, the Dutch town of Bodegraven recently began a pilot project testing thin, colored LED light strips positioned at the end of sidewalks. Depending on their glow—red or green—the lights should be visible even to pedestrians with their heads down.

Now, this is an idea that may never take off, but just entertain it for a second. According to Dutch scientist Henk Hesselink, who is working with the Netherlands Aerospace Centre, an “endless runway” with a 360-degree landing strip means planes can approach and takeoff from any direction without fighting against crosswinds. It would take up about a third of land typically reserved for airports and create more distributed flight paths (and more tolerable plane noise for residents in the area.)