The Nashville Pedestrian Death Registry is up in pilot form.  I'm working with the excellent Anthony Campbell II, PhD, from the Dept of Public Administration at Tennessee State University on this one (thank you Anthony!!!).

This is the beginning of an ongoing project to looked deeper into the lives of those killed while walking in Nashville - an all too common occurrence here partly due to our lack of sidewalks.

This project is about understanding:  the who, what, why, where, when of pedestrian death. 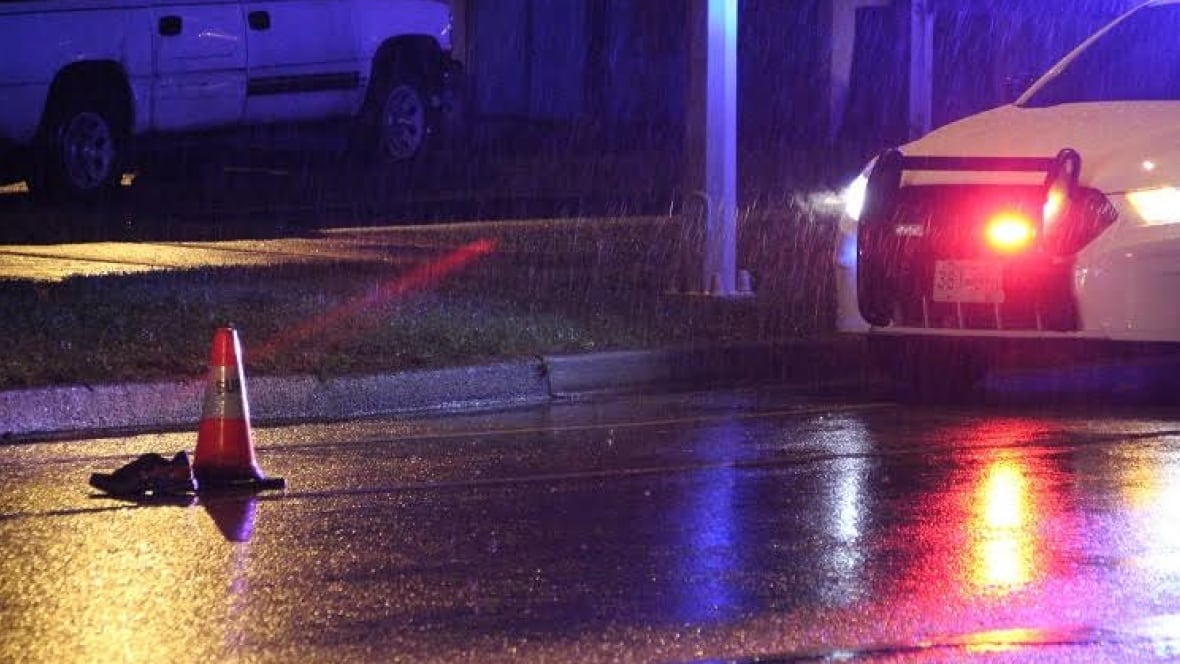 If you have a few minutes, we'd appreciate feed back.  If you know someone who has been killed on foot, please contact us.  This project intends to look into the past, too - if you know of someone who died in Nashville, even years ago, we'd like to know more about them.

There is a self-report page on the site or email:


Posted by Shade Parade at 9:17 AM No comments:

Posted by Shade Parade at 5:39 AM No comments:

The pedestrian struck and killed Monday night by a hit and run driver on Murfreesboro Pike near Bowwood Court is identified as Martin Ray Jackson, 58.          Jackson, who was homeless and lived in a nearby camp, was crossing Murfreesboro Pike at 11:30 p.m. when he was struck by a southbound vehicle, possibly a Honda. Jackson was not in a crosswalk.  He died at the scene.          Witnesses reported that Jackson had been drinking prior to the crash.          Anyone with information about the vehicle and/or its driver is urged to contact the Emergency Communications Center at 862-8600, Hit & Run investigators at 862-7713 or Crime Stoppers at 615-742-7463.

The Nashville Pedestrian Death Registry is now up and running.  Comments welcome.  If you know someone who has died on foot, have photos and stories of who that person was, please contact us.

Posted by Shade Parade at 5:04 PM No comments:

They may be dominated by cars but they are for walkers and bikers, too.  That is the the law and this is a basic human right we want our city to embrace.  Too often in Nashville, it feels that the car is the only one invited to inhabit the road.   With the city becoming more dense, more cosmopolitan, more urban in nature, we need the best design now to create thriving communities, improve quality of life and health statistics.

Here is a quick thing you can do to help make 8th Av's redesign safer for pedestrians.  Without your voice, the focus is going to remain on fast speed high-volume vehicular traffic which is antithetical to the community in development.  Lots of restaurants and apartments typically means a design that would favor walkability.  To show your support, you can add your name to a petition below.  Know that there is an organizing group who want 8th Av to be a high speed high-volume cut-through despite I-65 literally being parallel to it.

A petition has started opposing the road diet for 8th Ave. This is a critically needed change, so we've started our own petition in favor.

Will you sign it and pass it to your friends and families? http://www.walkbikenashville.org/make8thsafe

This is a project we are actively supporting, as it make this major corridor significantly safer for those walking and bicycling, while having minimal impact on capacity for cars. We feel this is a test case for Nashville to get serious about changing our urban streets.

A blog post on why we support these changes is here:  http://www.walkbikenashville.org/safer8thave.

Thank you for your help with this!

Posted by Shade Parade at 1:31 PM No comments:

Email ThisBlogThis!Share to TwitterShare to FacebookShare to Pinterest
Labels: Creating a Culture of Walking in Nashville, Nashville, Walking as a Way of Life

Great news for Nashville!  Thank you to the many people who took the time to write their support!!!

NASHVILLE, Tenn. (WKRN) – The Metro Council voted Tuesday night to change zoning in some neighborhoods to pave the way for more sidewalks.
The extent of the sidewalk shortage in Nashville is staggering.
Only about 19 percent of the city’s streets have them, and we’re missing roughly 1,900 miles of sidewalks.
Supporters of more sidewalks say that’s partly because developers weren’t required to construct sidewalks in front of new, single-family homes.
The zoning change changes that, forcing builders to add sidewalks. In some cases, developers can instead pay an in-lieu contribution fee to the city, which will go toward adding sidewalks.
The requirement is applicable in the Urban Zoning Overlay, which includes downtown Nashville and several other neighborhoods.
Stacy Dorris, a Nashville mother, physician and sidewalk advocate, says the change is a good place to start.
“The whole point is that eventually these little bits (of sidewalk) will be knit together,” said Dorris.
The Metro Council voted unanimously to approve the ordinance.

LINK:
http://wkrn.com/2017/04/18/metro-council-approves-zoning-change-to-pave-way-for-sidewalks/
Posted by Shade Parade at 1:57 PM No comments:

Email ThisBlogThis!Share to TwitterShare to FacebookShare to Pinterest
Labels: Creating a Culture of Walking in Nashville, Nashville, Sidewalk Projects, Walking as a Way of Life

“Don’t assume that just because you have a walk signal that people are going to stop drivers sometimes disobey traffic signals.”

Instead, we should be asking WHY is it so UNSAFE to walk in Nashville???

If you know of a 'small black four door car' with front end damage, it may have been involved in this hit & run on 4/8/2017. Please alert the police!
So far in 2017, drivers hit 123 pedestrians. Six pedestrians have died. At this same time in 2016, two pedestrians died after a collision with a car.

In 2016, drivers hit 467 pedestrians and 16 of them died.
Watch for The Nashville Pedestrian Death Registry out in the next 1-2 weeks to read more.

Posted by Shade Parade at 9:02 AM No comments:

Email ThisBlogThis!Share to TwitterShare to FacebookShare to Pinterest
Labels: Creating a Culture of Walking in Nashville, Nashville, The Nashville Registry of Pedestrian Deaths

After being hit by a bus while on foot, rare discussion of the aftermath including 6 months of recovery

In creating the Nashville Pedestrian Death Registry (planned release in 1-2 weeks), we had a lot of feedback about including 'near misses' where someone is struck but does not die.  Ultimately, we decided that it would increase the scope of the project to an untenable volume & therefore we held fast to deaths only in Nashville.  But our lack of inclusion in no way should be considered a down play of the severity of being hit by a car and surviving.  Some of the stories are truly horrific.

This woman's tale of recovery from being hit by a bus exemplifies why the term 'near miss' is indeed a euphemism.  She has a bright spirt about it but my goodness.  This is a horror story.  Crushed pelvis.  Six months later and still not walking.  It does exemplifies why these stories are so important - to not let them be a momentary media blip but rather a human interest story as lives are truly changed.  It is important to know the details to understand fully the details of the events so that Nashville can make changes.

***
Nashville is very conflicted right now about pedestrian vs vehicle crashes.  The comments I have received range widely (see photos below) on a recent post about a grandmother who died after a hit-and-run (know a black car with front end damage?).  We have not reached a consensus.  Competing needs are duly noted.

But, we do have laws.  I would argue that a really strong and clear message from the Mayor's office in needed NOW.  It is time for a blanket Public Service Announcement on pedestrian laws with a concurrent enforcement blitz to help drivers learn.

Arguably, I have very mixed feelings about ticketing pedestrians.  If we had top notch infrastructure for pedestrians, I would feel entirely different.  When sidewalks on only 1/3 of our roadways, crossings ridiculously few and far between, wait times seeming unrealistically long - I understand the urge to jaywalk. 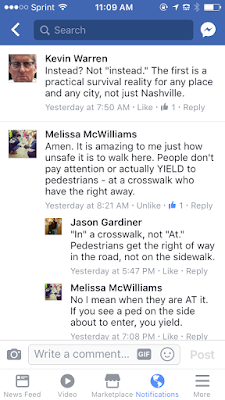 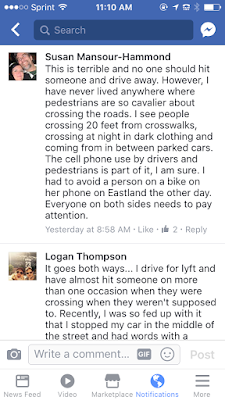 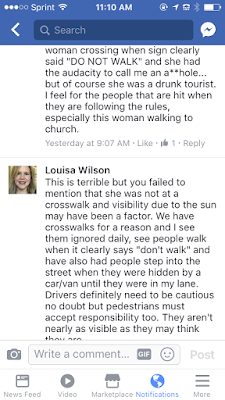 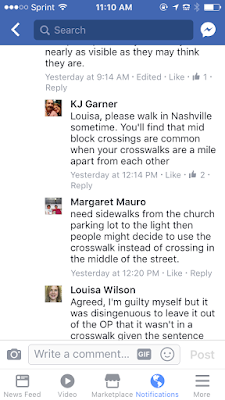 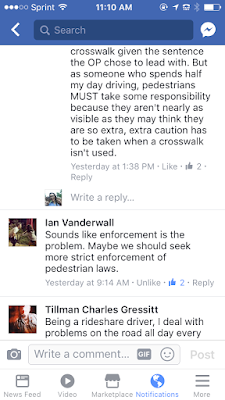 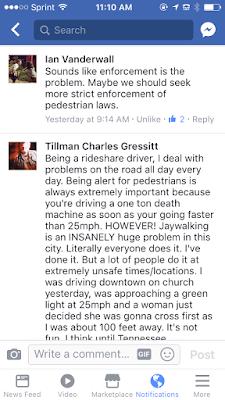 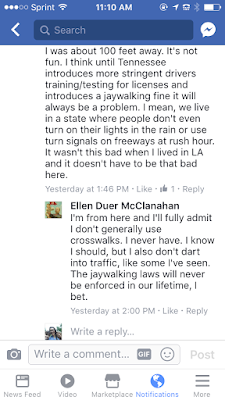 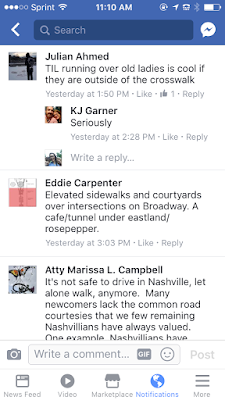 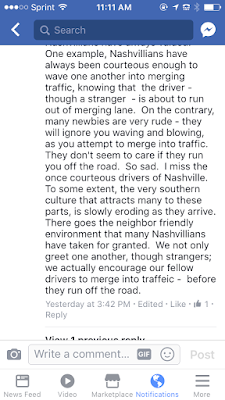 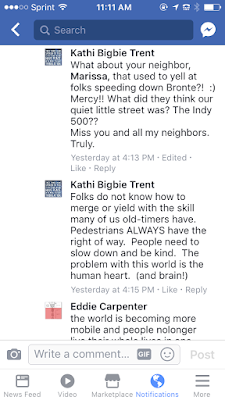 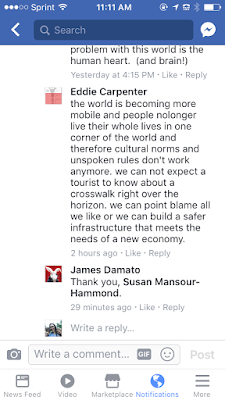 Vicki Pillow is recovering after being hit and dragged by a bus. (WSMV)
NASHVILLE, TN (WSMV) -
A Tennessee Department of Mental Health and Substance Abuse employee was on her way to work. She had just gotten off an MTA bus in downtown Nashville when she was hit and dragged several feet.
Six months have passed. Vicki Pillow is now recovering from another surgery.
"It would be neat if you could take a step, wouldn't it?" said Solita Morris, Pillow's daughter.
Pillow hasn't been able to put weight on her new prosthetic yet. She had broken ribs, a lacerated liver and a crushed pelvis.
The MTA bus that hit her last October dragged her 165 feet before finally coming to a stop.
"I'm glad I don't remember it, and I don't want to see the traffic video," Pillow said.
Vicki was 64 at the time. She had just bought a new car, planned to retire after 30 years with the state and travel to the beach.
"That was going to be the beginning of the rest of her life," Morris said.
These days she's working on walking. Pillow would like to be able to use the restroom on her own and have some semblance of a normal life.
"Every time she’s stuck with a needle or rolled on her side, every scream and pain I have to hear from her is an emotional drain on me too," Morris said.
Pillow and Morris now live together, both an inspiration to the rest of us because, despite the hardships and financial burdens, they somehow manage to see the good in their current situation.
"I've seen a lot of miracles happen since that day," Morris said.
"It made us closer, much closer," Pillow said.
Before the crash, Morris and Pillow stayed busy. They said their relationship was strained. Now they want people to know that's one thing that's changed for the better.
"I would encourage them to treasure their relationships and to appreciate that time is very fragile and not promised to anyone," Morris said.
A GoFundMe page has been created to help Pillow and her family with expenses.
A spokesperson for MTA said, "Since it’s currently under litigation, we can't comment beyond saying that our thoughts and prayers continue to be with her during her recovery."
Copyright 2017 WSMV (Meredith Corporation). All rights reserved. 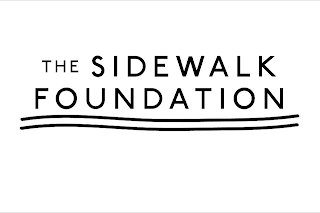 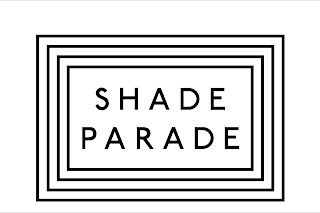 Posted by Shade Parade at 11:40 AM No comments:

Email ThisBlogThis!Share to TwitterShare to FacebookShare to Pinterest
Labels: Creating a Culture of Walking in Nashville, Nashville, Pedestrian Culture - Nashville, The Nashville Registry of Pedestrian Deaths, Walking as a Way of Life

A very personal appeal for a few minutes of your time. Sidewalk Bill goes before Council TUESDAY! One quick email from you is needed!

Listening to a podcast yesterday on cities on Hidden Brain
http://www.npr.org/programs/ted-radio-hour/462178064/building-better-cities 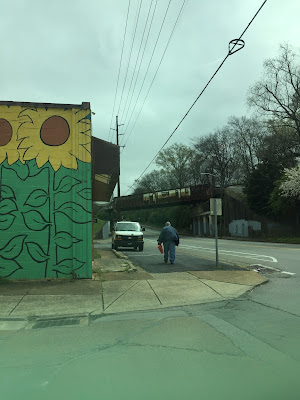 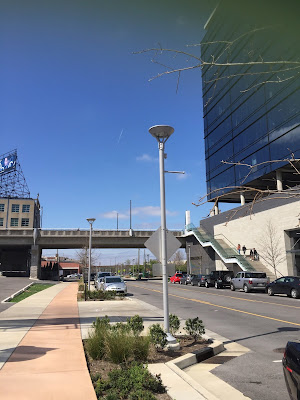 HERE IS WHERE YOU COME IN!

Please take a few minutes and write to:
councilmembers@nashville.gov

- Put 'Sidewalk Bill 493 - Support' in the subject line.
- Put your home address at the bottom of the email

- This bill is a comprehensive plan that will close loopholes including those for single and two family home builders.  When development occurs, sidewalks will go in.

- Nashville has sidewalks on ONLY 37% of roads (this is also on only one side of the road mind you)!
- we are a city of 532 square miles - LOTS of sidewalks are needed
- We are ranked poorly in regards to safety.  We are the 37th most dangerous metropolitan area when compared to our population.  Not good.
- Nashville's population grows daily.  With this growth, goes more traffic.  We do not have good public transportation partly because you cannot get to the bus stop on foot safely.  This bill will help.

Help Nashville stop being the city where the sidewalks end... 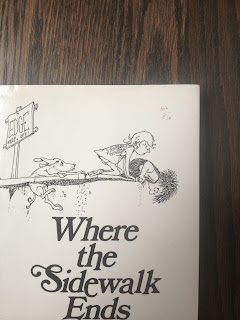 Posted by Shade Parade at 7:06 AM No comments: