Why Media Reporting Matters When it Comes to Walkability


In Nashville, we have a pedestrian killed every 21 days.

When a driver struck a 14-year-old girl in a crosswalk outside her Philadelphia-area high school last week, the local media pounced. Headlines highlighted police accounts that said the victim, Kelly Williams, was using FaceTime on her phone at the time of the crash.
Here’s how the local CBS affiliate led its story:


A 14-year-old girl was injured Wednesday afternoon in Abington when police say she walked right into the path of a passing car — because she was video chatting.

The implications were clear: Williams was at fault. She was irresponsible. No need to give any thought to how the driver’s actions contributed to the collision.


Local police went on to lecture people about the dangers of distraction while walking. “I just hope people will realize the dangers of being engrossed in your cellphone, or your tablet, or whatever you’re carrying, and not paying attention to what you’re doing,” said Abington Police Chief John Livingston.


A week later, Williams is still in the hospital recovering from severe injuries. And a very different account of what happened is emerging.


According to a report by the Philadelphia Inquirer, the man who struck Williams, James H. Clark IV, 32, was driving 21 mph over the speed limit — 46 in a 25 mph zone. In addition, she was “half way across a marked crosswalk” at an unsignalized intersection when she was struck — entirely in the legal right-of-way.


The driver told police he was in a hurry, glanced at his watch, looked up and saw a flash, hitting Williams. He is being charged with “reckless endangerment” and assault, and law enforcement is belatedly sending a much better message.


“Distracted driving and speed are a deadly combination,” District Attorney Kevin Steele told the Inquirer. “Drivers owe it to the community and to our young people to exercise extra caution and pay special attention to their surroundings in and around our schools.”


Still, why was the original account so wrong? Rather than wait until all the facts were gathered, police and local TV stations chose to assign blame to a gravely injured child. Wagging your finger at kids for using FaceTime must make for good ratings.
Leonard Bonarek at the Bicycle Coalition of Greater Philadelphia says this kind of reporting is far too common when a driver hits a pedestrian:


The coverage of 6ABC.com is unfortunately quite common in the media: implying that a 14-year-old who was walking exactly where she was supposed to be walking, in an area that most have been trained since before they can remember to believe is “safe,” was at fault for the tragedy. Many youth today don’t watch broadcast TV, and evening news viewership trends older every year, but treating this tragedy as a “kids these days” type of story does considerable disservice to our public discourse, while also causing additional pain to a family that must be suffering tremendously, and to a youth who may never fully recover from this incident.

More recommended reading today: The City Fix shares new research showing the productivity advantage of urban density, as well as how housing and transportation policy can ensure the benefits are broadly distributed. And the State Smart Transportation Initiative explains a new report that attempts to draw a clear distinction between the kind of congestion that helps cities and the kind that damages them. 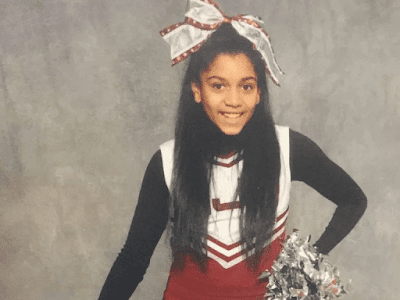 How can you help?  Consider being a PACE Car in Walking Districts!


I will have bumper stickers soon...email me at TheSidewalkFoundation@gmail.com & I'll mail one to you.


Posted by Shade Parade at 3:45 PM No comments:


Thanks to John Harkey who works tirelessly for better walking and better biking in Nashville...

Recently, I needed to pick up my bike, which had been in the shop for repairs. It was 3 miles from my house to the bike shop so I decided to walk over.
As I walked out of Elmington Park I saw a new sign indicating I was entering a “Walking District.”
Walking district?
It is a new idea being implemented in three locations in Nashville including the Hillsboro West End Neighborhood, south and west of Vanderbilt University. The idea is to encourage walking by making it safer and more enjoyable in residential neighborhoods where sidewalks are few or where through-traffic is heavy.
The plan will introduce signage lowering speed limits to 20 mph on residential streets and 25 on collectors, from the current speed limit of 30 mph. Other traffic-calming features will be introduced, including stepped up enforcement, improved crosswalks at major intersections, educational flyers, educational sessions with neighbors and more.
So, what can you do to help implement this new idea?

If you live in or near the designated neighborhoods, or anywhere, walk more. Restaurants, theaters, grocery stores and a hardware store are all within walking distance for residents of this area, as is the city’s largest traffic destination, Vanderbilt University and Medical Center.
Your walking speed is typically 3 to 4 m.p.h., meaning a mile takes you 15 or 20 minutes to walk. Walking at the more vigorous 15-minute pace with a round trip of 2 miles gets you more than your minimum daily exercise requirement, as recommended by the Centers for Disease Control. So, you get most of your daily exercise without a trip to the gym and while going where you need to go anyway.

When driving, become a pace car

When I first heard the concept of “pace car,” I scratched my head. Are we running a race?
No, you are establishing good driving norms. A pace car is one that does not exceed the speed limit, even if other cars stack up behind you. Most Americans view the speed limit as a minimum rather than a maximum.
The pace car, in contrast, observes the speed limit, helping establish the new standard and a new way of looking at speed limits. You can even stick a card in your back window advertising that you are a “Walking District Pace Car.”

John Harkey (Photo: Submitted)
Cars are becoming more of a nuisance than a solution to getting around town in the denser parts of the city and near large employers like Vanderbilt. The walking district recognizes this development and encourages people to get out of their car and try walking. It also recognizes how vehicle speed kills. Recent studies have found that a pedestrian hit by a car at 20 mph has a 5 percent chance of killing the pedestrian, while the risk at 40 mph is more than 80 percent.
The walking district idea was brought to Nashville by Dr. Stacy Dorris, a Vanderbilt physician whose medical practice includes getting people to walk more.  Dr. Dorris also has a blog, Shade Parade, which highlights the walking experience in Nashville and she has established the Sidewalk Foundation to help fund walking projects.
Jenny Cheng and Nora Liggett of Hillsboro-West End Neighborhood Association developed the concept, and, with the support of Metro Councilmember Burkley Allen, worked with Metro Public works to bring the idea to fruition. Metro Public Works is collaborating with the Metro Nashville Police to implement the program.
John Harkey is a “mostly retired” health sector researcher, consultant and publisher.
Posted by Shade Parade at 4:09 PM No comments: