Seems fitting that Halloween marks the last day of Walk Nashville Month.  I hope you all plan to get out on foot tonight.  When you do - just note the infrastructure available to you.  Do you have to walk along a narrow road without sidewalks?  Are there crosswalks at intersections?  Are the intersections squared or rounded (rounded intersection encourage rolling stops - not good for pedestrians).  Any bulb outs (we LOVE these!)?  What's good?  What could be better?

If you don't make it to Green Hills today,  next time, I challenge you to park that car & move about on foot. Again, notice what a challenge it is to walk with the current infrastructure.  The distance is short between destinations but the terrain is a crazy quilt of random curb cuts, egresses, obstacles and sidewalks - many poorly maintained. 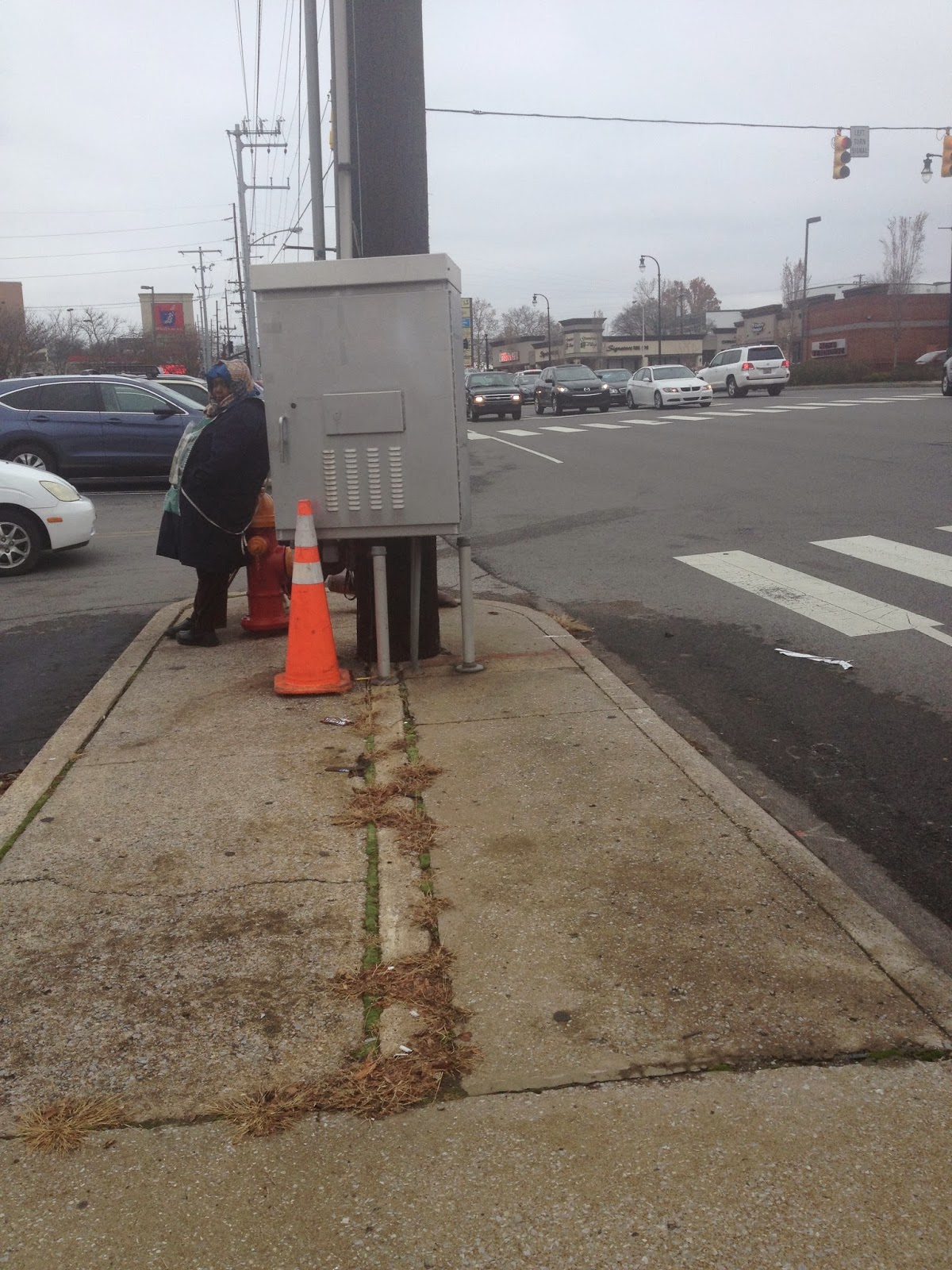 Nashville - we can do better!

As I posted yesterday, I believe the big question to be put to our city leaders is:

Are you going to put pedestrians first? 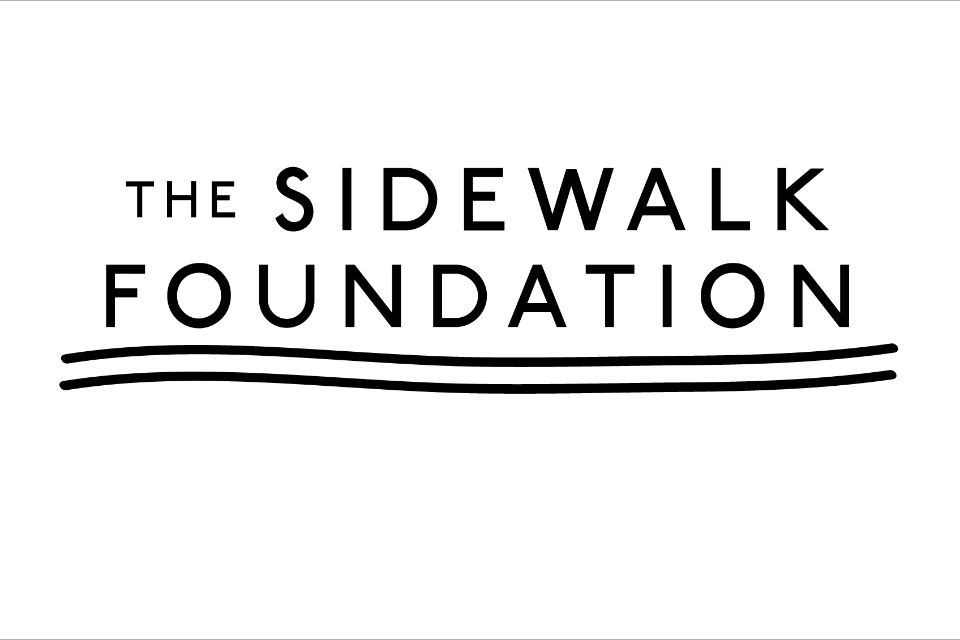 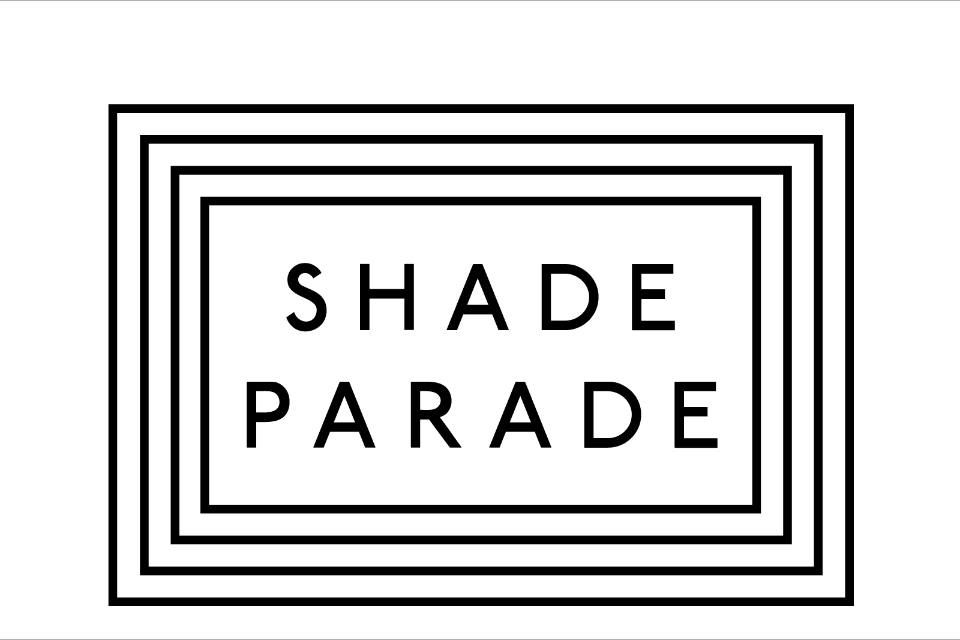 ***
The next big thing for Shade Parade Nashville & The Sidewalk Foundation will be focused on fund raising.  If you want more sidewalks in Nashville - consider a donation.  We hope to get a Kickstarter campaign up soon (what to help?) and a silent auction, too.  All monies collected will go in full to specific sidewalk projects.

City officials continually state they think sidewalks are a good idea but they have no funding for it.  Over 50% of the monies for sidewalks currently go to repairs.  There have been 3 new miles of sidewalks built by the city in the last 2 years.  This shows a serious lack of commitment to pedestrian infrastructure and Nashville needs to be called out on it.

Nashvillians give to large civic organizations such as Cheekwood, the zoo, and the symphony.

Why not give to sidewalks?

Posted by Shade Parade at 8:03 AM No comments:

Email ThisBlogThis!Share to TwitterShare to FacebookShare to Pinterest
Labels: Creating a Culture of Walking in Nashville, Pedestrian Culture - Nashville, Walking as a Way of Life


This is an EXCELLENT ARTICLE - worth your time to read.  Of highest note, is the 'incredible pedestrian carnage' caused by motor vehicles that is frankly not discussed often. According the article, 'until recently public outcry was minimal and government investment in transportation paid only lip service to annual fatalities that amount to the equivalent of one major airplane crash each month'. Eek.

Nashville is currently ranked the 15th most dangerous city in the US for pedestrians, based on pedestrian vs vehicular deaths.  This is a terrible statistic.  One that could be changed with an emphasis, particularly by our city leaders, on walking as our 1st and highest priority.

The question needs to be less 'How do we move about quickly' and more 'how do we make it best for pedestrians to move within Nashville in a safe, efficient and comfortable manner'.

How to Restore Walking as a Way of Life

Children in Cuba play in the street | Photo by PPS
The bias in our national philosophy towards high speed mobility has long been a topic that PPS has advocated against. In addition to stifling Placemaking, forcing people into cars has contributed to a host of growing national problems. Most compelling of those problems is the incredible pedestrian carnage. Yet until recently public outcry was minimal and government investment in transportation paid only lip service to annual fatalities that amount to the equivalent of one major airplane crash each month. Fortunately, the pendulum has swung back towards our cities, states, and federal government taking action.
In a two part series, long time PPS friend and PPS Senior Fellow Jay Walljasper will walk us through the growing new vision to address this tragedy. Part 1 - A New Vision to Fix the Tragedy No One Ever Thinks About - describes emerging pedestrian safety initiatives around the world. Part II lays out the recipe for How to Restore Walking as a Way of Life. - PPS Transportation Director, Gary Toth
The gravest danger to walkers as well as bicyclists and motorists is other motorists who drive dangerously. According to data collected by the New York City Department of Transportation from 2008-2012, “dangerous driver choices” contributes to pedestrian deaths in 70 percent of cases. “Dangerous pedestrian choices” is responsible in 30 percent of cases and joint responsibility in 17 percent of cases.
As the old saying goes, speed kills. Two landmark studies, one from the US and one from the UK, found that pedestrians are killed:
In light of these findings, it’s scary to realize that traffic on many if not most American roads travels closer to 40 mph than 20 mph.
“If we could do one switch to make safer streets it would be to reduce car speeds to 20 mph,” says Bricker, “which would reduce pedestrian fatalities by 90 percent.”
Many experts think it’s not as simple as changing the speed limits. Charlie Zegeer, project manager at the University of North Carolina’s authoritative Pedestrian and Bicycle Information Center (PBIC) says, “Research shows that lowering a speed limit doesn’t work to slow traffic– it’s the roadway design that affects the speed.”

Everyone is a pedestrian, even if only walking from the car to the store (Image: Dublin, Ireland) | Photo by PPS
Here’s a few of practical steps to slow speeds, deter distracted driving and help make walking a safer, comfortable and enjoyable experience for everyone. This is where Vision Zero hits the road.

Narrow streets can be closed to major auto traffic completely, allowing nearby businesses to spill out onto the street | Photo by PPS
“These pedestrian improvements also improve motorists’ and biyclists’ safety,” Zegeer adds. “It’s a win-win-win. Everyone’s safer.”
Jay’s outstanding articles are the latest in a long line of PPS promotion of roadway safety. For instance, in Exiting the “Forgiving Highway” for the “Self Explaining Road”, we discussed the dramatic reduction in unnecessary road deaths that would have occurred if we followed the Dutch approach to Sustainable Safety. And In Wider, Straighter, and Faster Not the Solution for Older Drivers, chided the American Association of State Highway and Transportation Officials (AASHTO) for perpetuating the myth that wider lanes will lead to increased safety for senior citizens. Perhaps our most important work is the creation of the Rightsizing Resource Guide, a powerful resource for citizen’s who want to press their transportation agencies to retrofit streets for safer and more equitable operation.


Posted by Shade Parade at 2:36 PM No comments:

Where Young College Graduates Are Choosing to Live - Nashville Makes the List!


Good morning Nashville!  Take a few minutes and read the subtext of this NY Times article below.  The young want to live in the 'very heart of cities' - including Nashville.  With this means, they need more options for getting around including better public transportation and walkability. 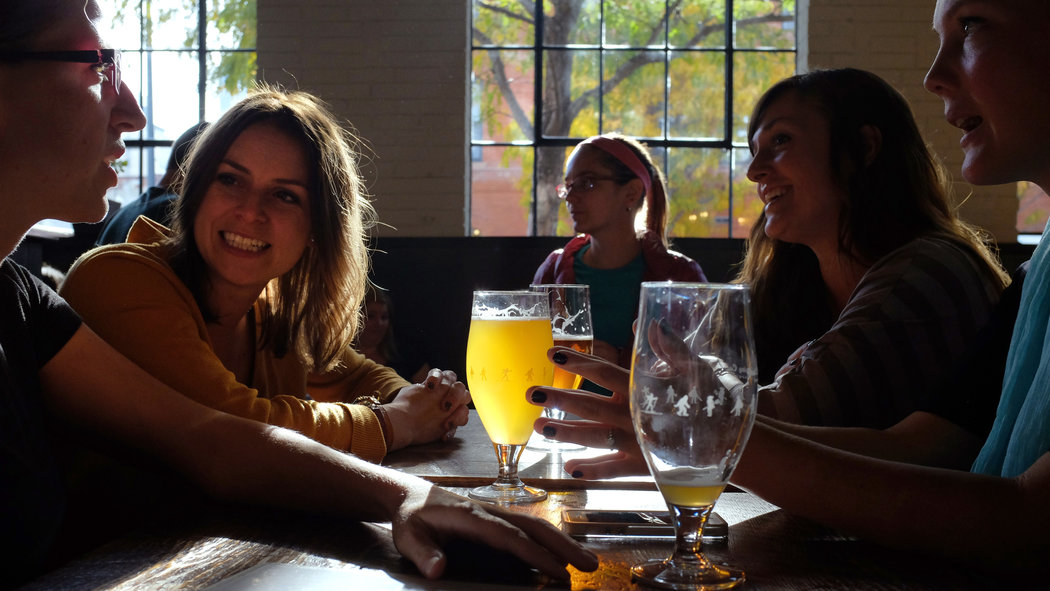 Where Young College Graduates Are Choosing to Live


“They want something exciting, culturally fun, involving a lot of diversity — and their fathers’ suburban lifestyle doesn’t seem to be all that thrilling to many of them,” Mr. Glaeser said.
How many eventually desert the city centers as they age remains to be seen, but demographers predict that many will stay. They say that could not only bolster city economies, but also lead to decreases in crime and improvements in public schools. If the trends continue, places like Pittsburgh and Buffalo could develop a new reputation — as role models for resurgence.

Posted by Shade Parade at 7:23 AM No comments:

Email ThisBlogThis!Share to TwitterShare to FacebookShare to Pinterest
Labels: Benefits of Walking, Nashville, Pedestrian Culture - Nashville, Walking as a Way of Life

For the record, I am for the Gulch Bridge - although I would like a consideration of roofing over the whole train area and building a BIG pedestrian park - like the park in Dallas created by covering the expressway.

I am also for the 440 Greenway.  In fact, I am wondering 'what's the delay'?  If land was set aside years ago - why don't we have a beautiful park to enjoy now?

You can see that I have little bias - I just want the best walkability Nashville can offer.

One of the arguments I hear against sidewalks is that people really don't walk much in Nashville - the sidewalks we have are underutilized. 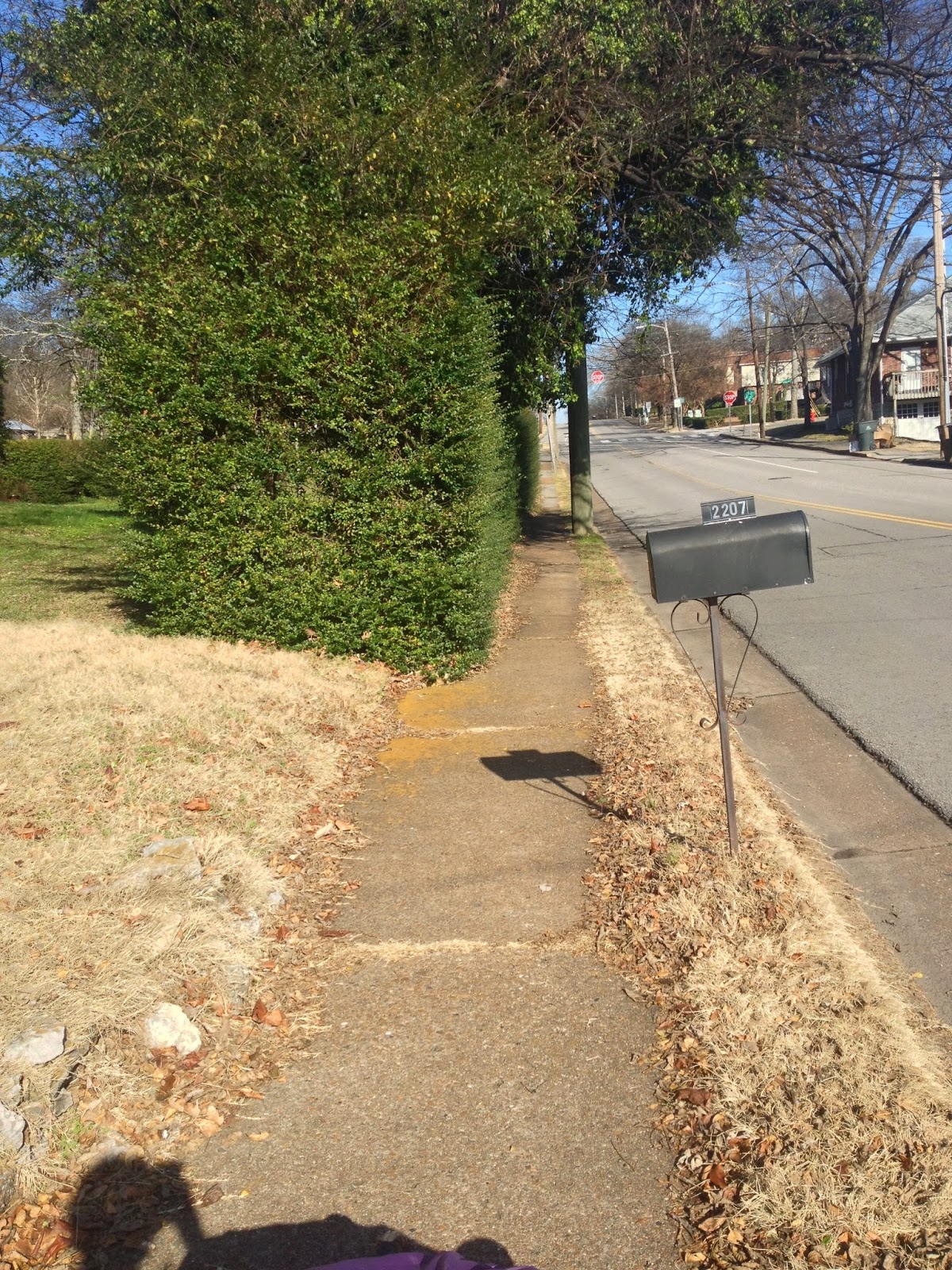 What I want you to notice is the completely inconsistent patchwork of walking option we have right now.  Mixed messages abound.  Walk here (rare) & definitely do not walk here (far too common). 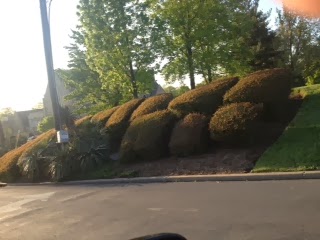 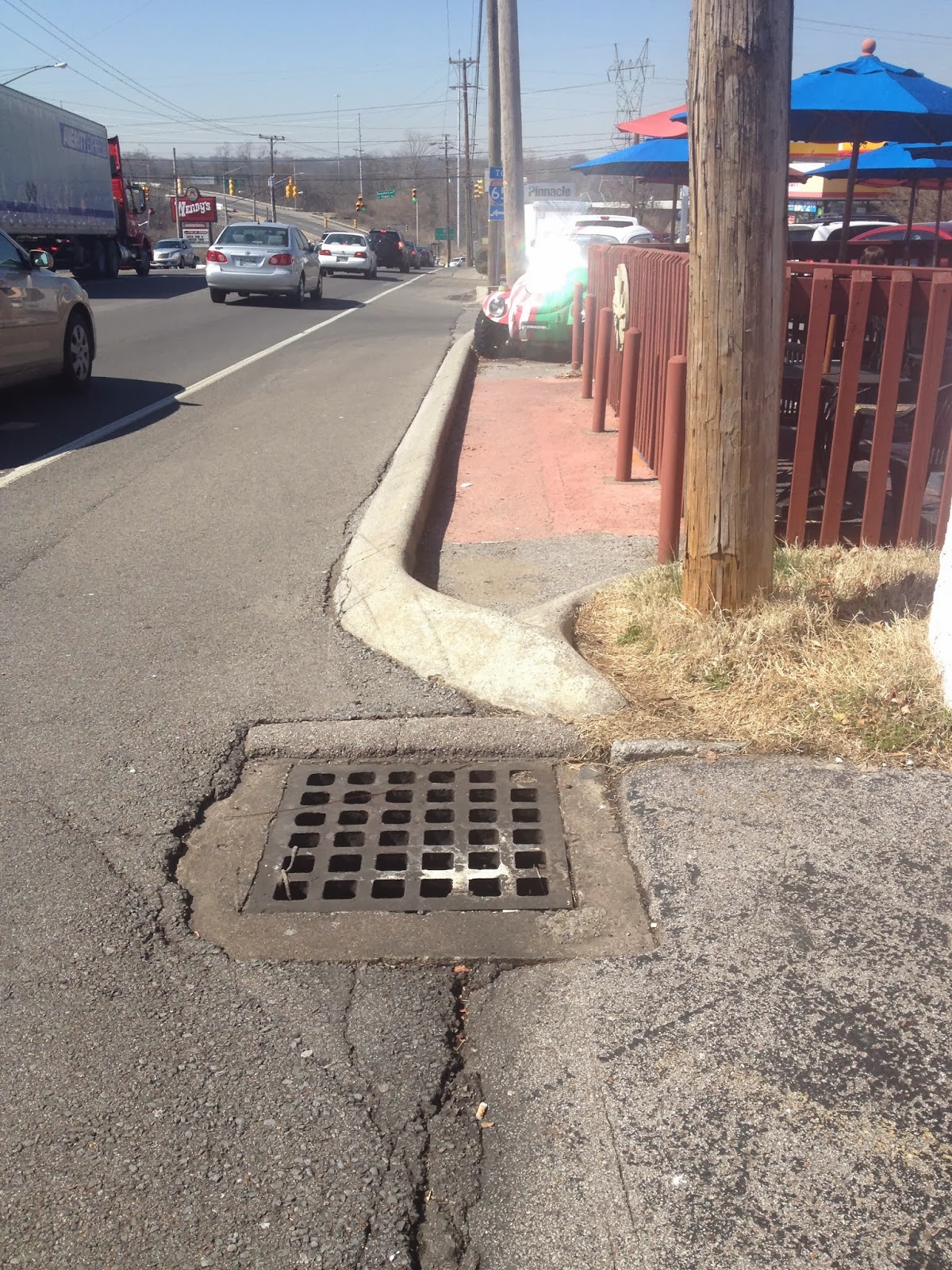 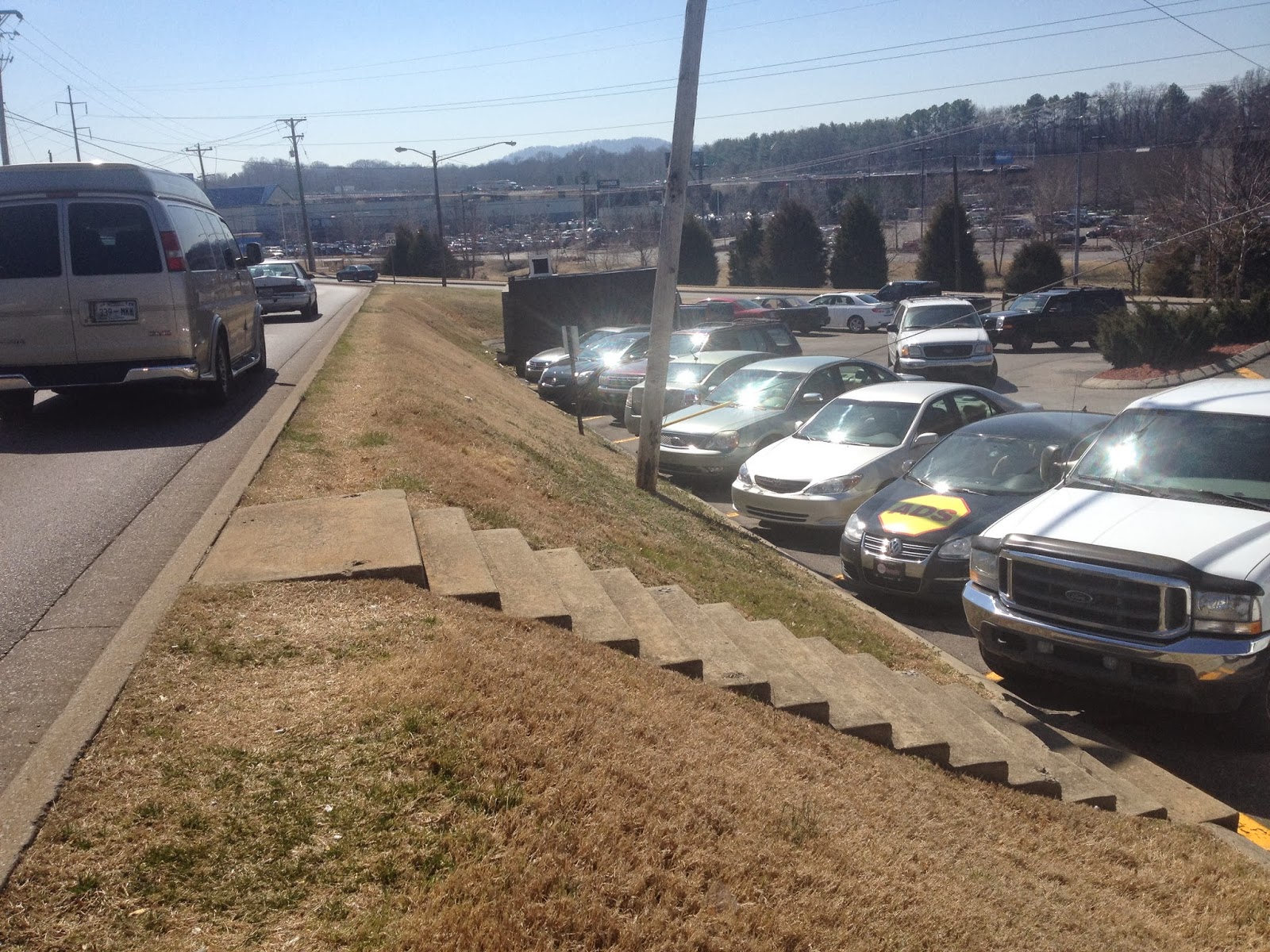 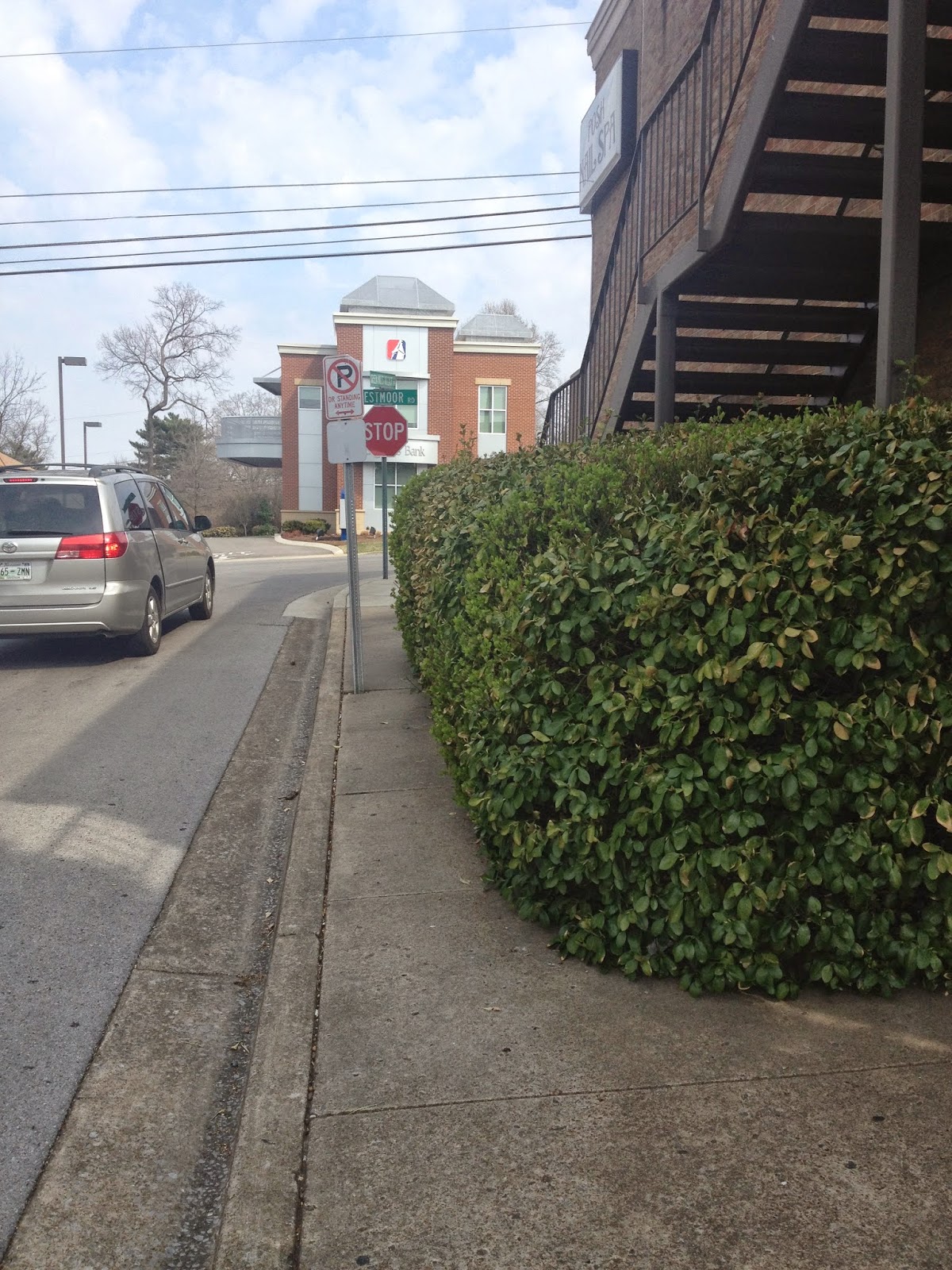 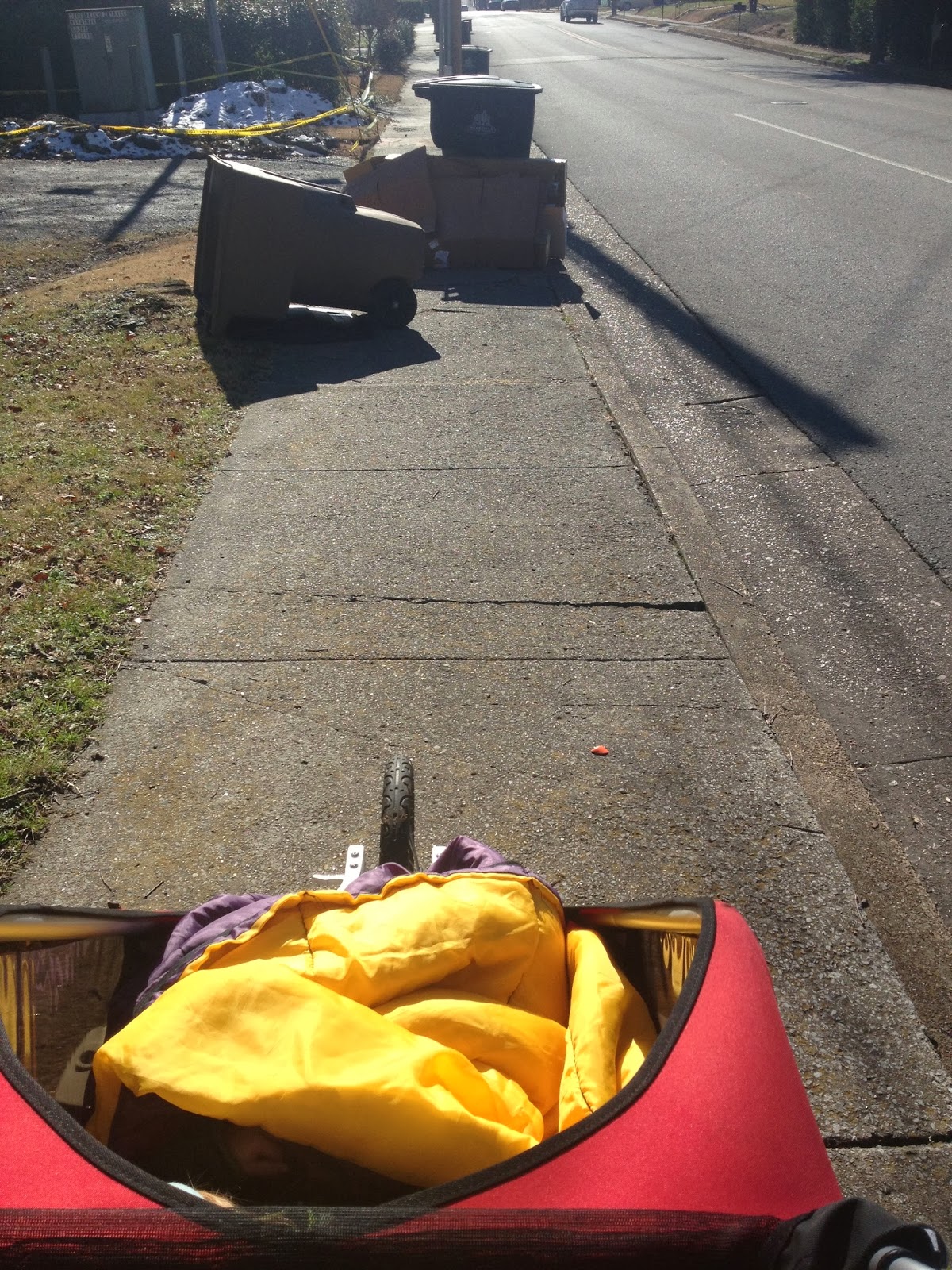 Once you become conscious of the limited and seemingly random choices available you'll never again wonder why you see so few walkers around town.

I am all for taking each road as a unique place with distinct needs but we need a basic set of infrastructure standards put in place for Nashville walkers.

Posted by Shade Parade at 8:31 AM No comments:

Email ThisBlogThis!Share to TwitterShare to FacebookShare to Pinterest
Labels: Creating a Culture of Walking in Nashville, Nashville, Pedestrian Awareness, Pedestrian Culture - Nashville, Walking as a Way of Life

Pedestrian Paradise is TODAY! Please SHARE this and COME! 3-6p

Walk Bowling Av, from West End to Woodmont, in its current state (WITH CARE!  Know the rules:  Walk AGAINST TRAFFIC!  Wear bright/reflective clothes.  It never hurts to wave at drivers) 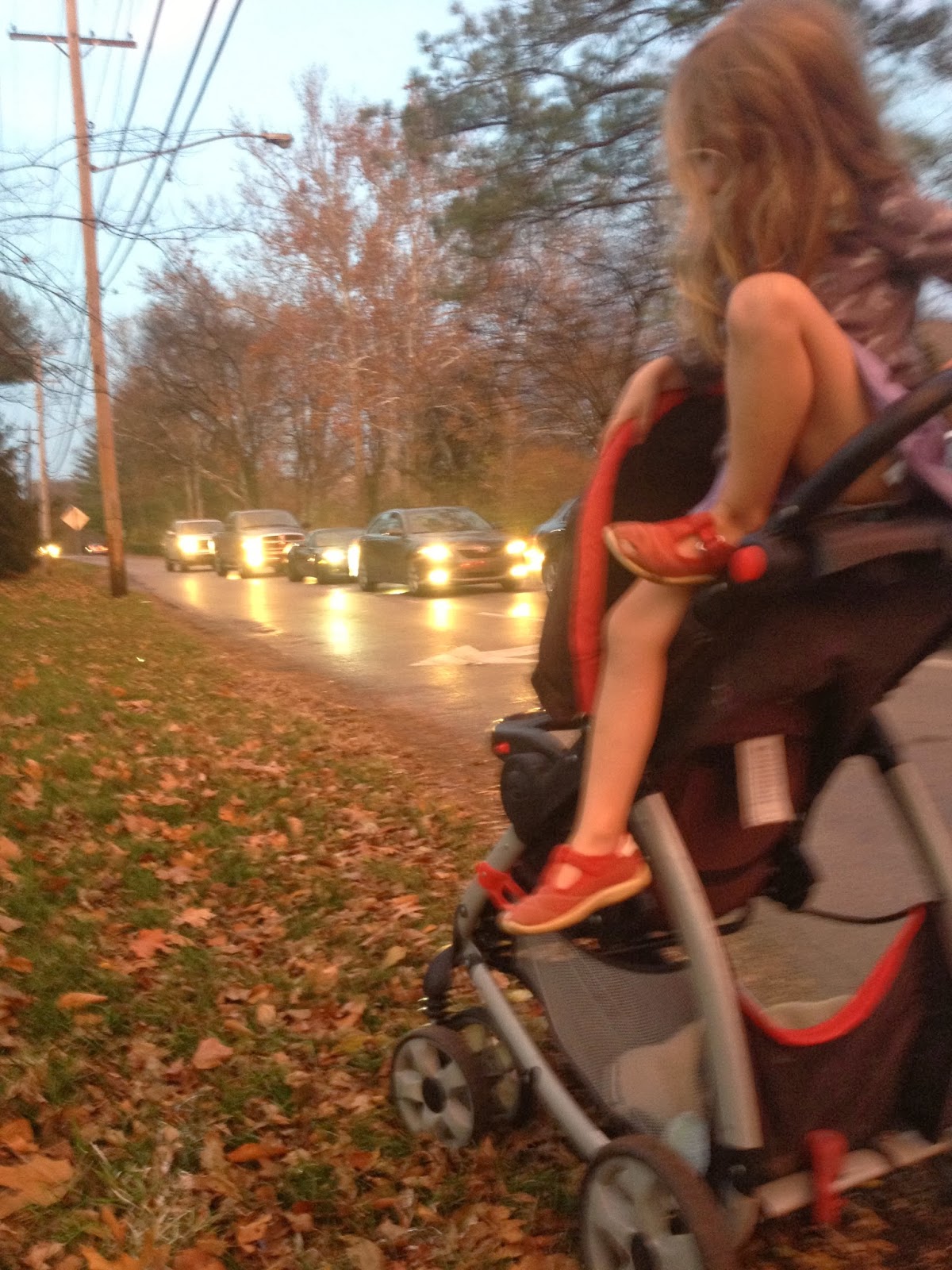 IN HONOR OF WALK NASHVILLE MONTH

Designed to encourage & reward the citizens of Nashville to unite in the spirit of better amenities for pedestrians
(AKA more and better designed sidewalks)!

*Bring a blanket, lay in the grass, people watch, read a book.

*Run through the park, encounter the Marcus Wanner Jazz Band.

(Watch preview at link below)

*Have the best cup of coffee in Nashville from Feisty Goat Roasters (out of the back of a van!).

*Register to Vote.  Learn about the amendments that you are currently being asked to vote on at The League of Women Voters.

*Take a free Yoga Class at 5p in the outdoors with the Amazing Emma Cribb.

*Listen to poetry with The Porch Writers' Collective.

*Consider putting up a Little Library at your house! *Have a sandwich from Steaming Goat and a some amazing donuts from Itty Bitty afterwards.

*Engage with Councilman Jason Holleman (& maybe get on TV!).

Learn about Poverty & The Arts: (http://povertyandthearts.org).

*Make a profile with Smart911.

*Sit on re-claimed pallet furniture built by the Guerrilla Urbanists.

*See what Platetone Printmakers are about: A fine arts community studio offering workspace, workshops and exhibition opportunities.
*Lounge on the benches in the garden on the west side of West End Middle School and listen to Skylar Fisher perform. 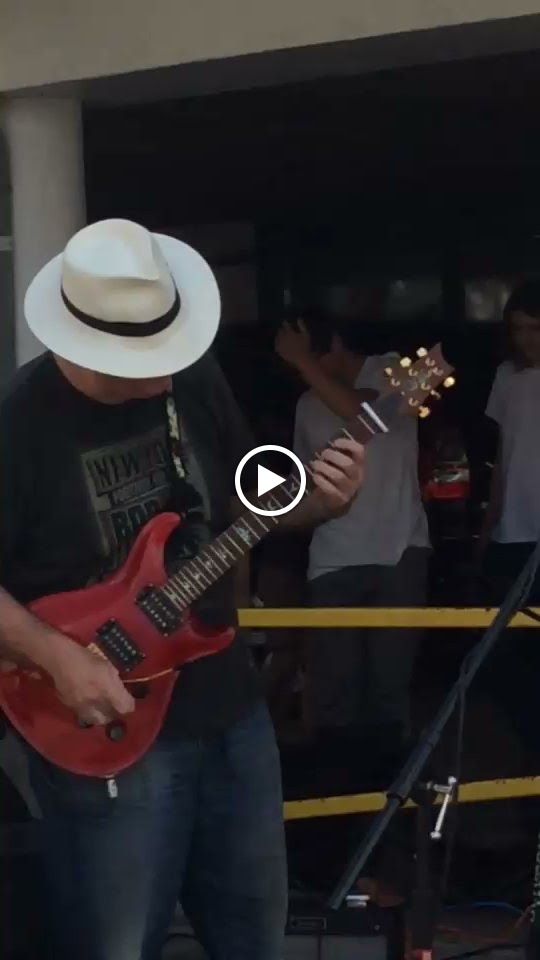 Plan to perform next year?